HomeNewsPoland will be promoted with the SPC House of Media project

To ensure coherent promotion of the Polish economy, Polish informational stands will appear on numerous fairs of different branches all around the world all in the same design. The project of the stands is based on the Brand of Polish Economy brand book, created in 2012 and used in previous promotional programmes.
To strengthen the promotional effect, the Ministry also commissioned SPC House of Media to design common element of the stand, identifying it with Poland (lantern with the Brand of Polish Economy logotype). It will be placed on all stands of Polish companies that are co-financed by the Ministry. Thanks to it, on the most important international fairs stands of Polish companies will be consistently branded and it will be easy to identify them among other exhibitors.

Universal projects are designed to help the Ministry to unify the campaign of promoting the Polish economy on foreign markets and maximise its effects. The campaign will be conducted as a part of the Operational Programme Intelligent Development (POIR) in the new EU financial perspective for 2014 – 2020. 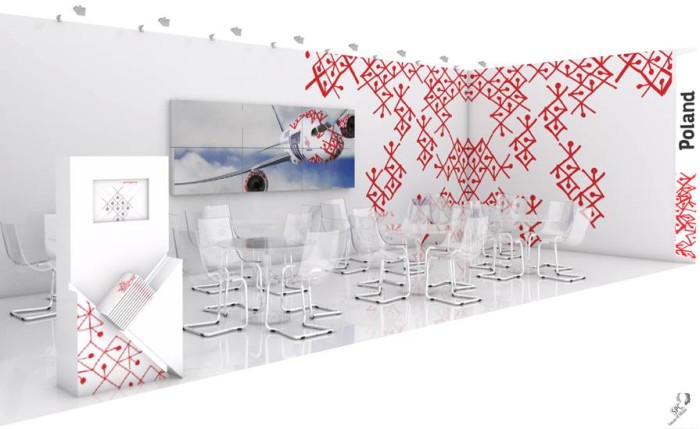